There has never been a shark attack in Grand Cayman that has resulted in any major injury or death.

Are sharks common in Grand Cayman?

Sharks are very rare in the Cayman Islands, and even if they appear, they don’t attack people.

When you consider that there are hundreds, if not thousands of people swimming in the waters of the Cayman Islands every day, the fact that there has never been a major shark attack is impressive. 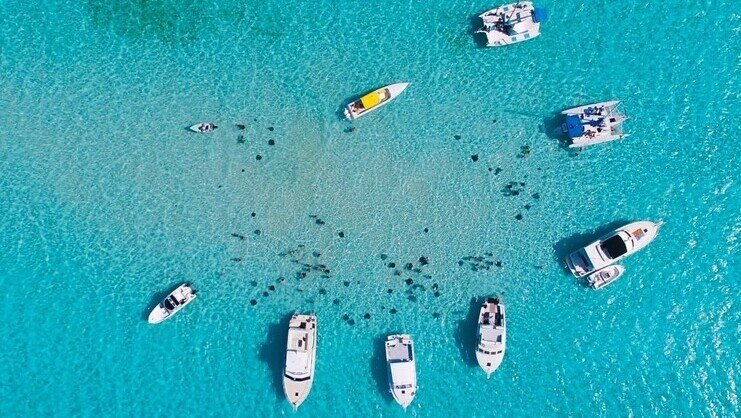 Movies such as “Jaws” have given sharks a bad reputation that doesn’t fit reality.

Most sharks are found in the deeper waters where people don’t swim. Usually the only people who see sharks are scuba divers, and even they rarely see sharks.

There have technically been a few rare shark incidents in Grand Cayman, but they weren’t attacks that resulted in any injuries.

The below video shows a “Caribbean Reef Shark” going after a scuba diver in Grand Cayman in 2014. The diver was lion fish culling in deeper waters that non-divers would never be close to. The below scenario is very unusual, and only happened due to the lion fish culling that released blood into the water.

What types of sharks are found in Grand Cayman?

The most common type of shark that you can see when snorkeling in Grand Cayman is a Nurse Shark.

Nurse Sharks are very safe, and are like big catfish that stay on the sea-floor. They don’t attack people, and are very docile and friendly. 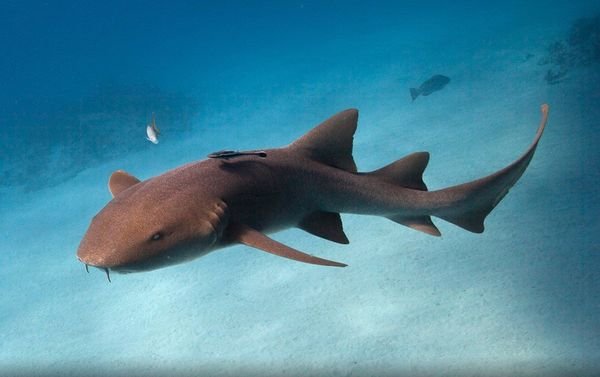 There are also Reef Sharks and Hammerhead Sharks in the deeper waters where scuba divers go. However, it is still very rare to see these sharks whilst diving in Grand Cayman.

Are there sharks near Seven Mile Beach in Grand Cayman?

It is extremely rare for sharks to enter the shallow areas of Seven Mile Beach in Grand Cayman.

There is a lot of boat activity in the area that scares sharks away from the shoreline. Also, sharks don’t usually enter shallow areas near the shore in Grand Cayman. Most sharks are much further offshore in the deeper waters. 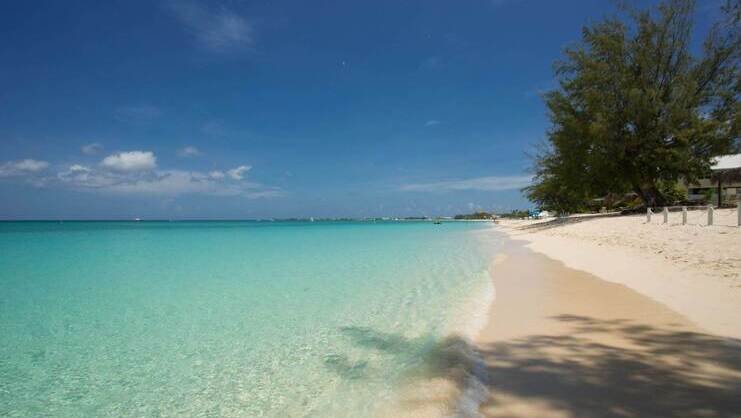 Every year, hundreds of thousands of tourists relax in the shallow waters of Seven Mile Beach, and there has never been a shark attack.

Most tourists that visit Grand Cayman stay in hotels and condos on Seven Mile Beach.

It is extremely rare to see sharks in the Cayman Islands.

Even if you do see a shark, the chance of it attacking you is virtually zero.

There are no sharks in the main tourists areas such as Seven Mile Beach and Stingray City. The sharks are located in much deeper waters far away from tourist spots.

If you are looking for things to do during your vacation, then check out our article where we discuss the top 25 things to do in Grand Cayman.

Also, check out our article where we discuss the top 25 snorkel spots in Grand Cayman.